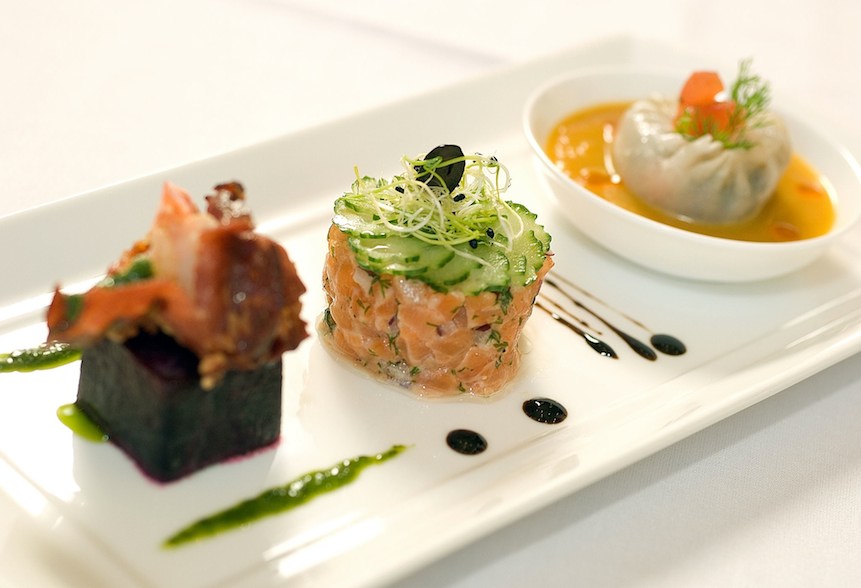 Colloquium under the supervision of Pierre Raffard

Paris, November 2016, CNRS (ISCC) – The announcement of the introduction of food products produced through recent advances in molecular biology and genetics in the United States marks a new step in the way technologies are redefining our relationship to food. Indeed, in addition to the Californian example, other technical and technological advances, particularly those concerning communication networks, are now providing eaters with new tools that can influence their food choices. The comparison of three different national contexts (France, United States, Turkey) should make it possible to better understand the role of these new technologies, the answers they claim to provide to populations and how they contribute to the diffusion of new food models. 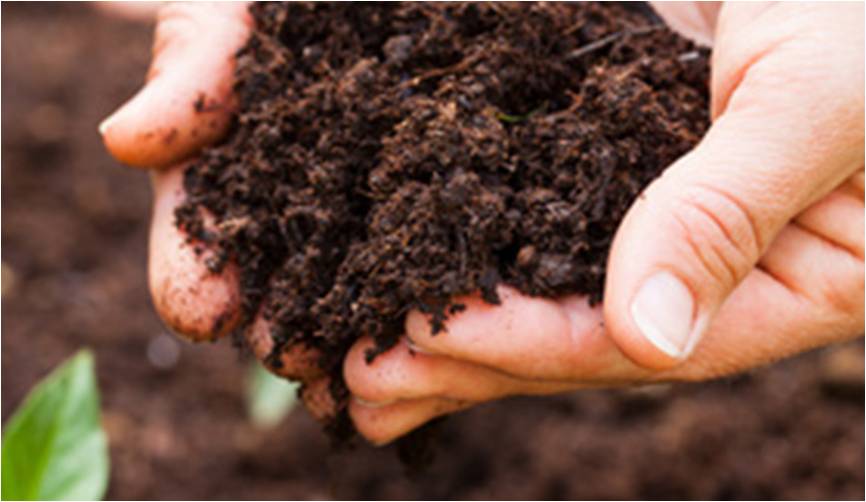 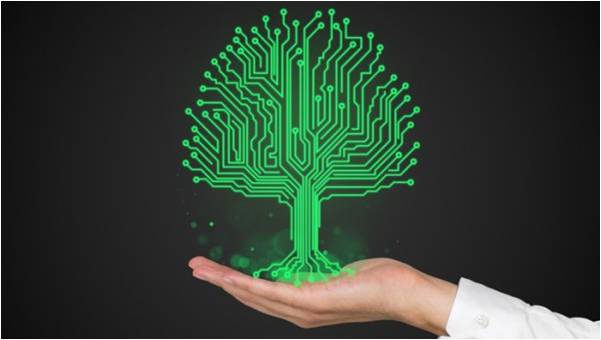 9:30am: Gilles Fumey – Understanding the origins of organic food

What exactly are we talking about when we manipulate the terms “natural” and “organic” in a food-related context? One could think that the issue is solved by common use. However, the message constantly gets blurrier and since the invention of Nature, we’ve been revolving around an idea that resurfaces with each major crisis. It’s been the case before the World War I as expressed by R. Steiner (Assouly) and it’s happening today while California reinvents food according to ideals inspired by Nature (Delerins).

Today, the name of Rudolf Steiner might be less known than the term “biodynamics” which was inspired by his ideas. It refers to the emergence in the 20th century of alternative agricultural practices that are very similar to organic farming. In fact, farmers – mainly winegrowers – who operate under this approach obtain spectacular results. Biodynamics then appears as a guarantee of efficiency. However, does the precursory, even prophetic, nature of the “Cours aux agriculteurs” (Lessons for farmers), a series of conferences given in the 1920s – several decades before the Green Revolution which portrayed the shortcomings of the current agricultural system, allow us to conceive men’s relationship with nature in a different way? On which basis and under what conditions?

The introduction of microbiology in the genomic era in the mid-1990s made it possible to rethink nutrition at the molecular and cellular level. Very recently, genomics and microbiology have taken a decisive step forward with the advent of “synthetic biology” and the so-called “CRISPR/Case9” methodology, which makes it possible to “edit” DNA just like a word processing software. Between the natural and the artificial world barriers are erased. The culinary imagination and food innovation are not immune to the reconstruction of foods based on their molecular structure. In the food sector, many synthetic biology projects are being developed by Food Tech startups. Living organisms now become information. And information can materialize in existing or new living forms. More than ever, “Food is information”. But is Nature regenerated as a result?

1:30pm: The intellectual, cultural and political drivers of the development of organic farming in France. Round table with three players in the organic sector in France. The debate is led by Food 2.0 LAB.

Gilles Pérole, Deputy Mayor of Mouans-Sartoux (06), Community Advisor of  the “Pays de Grasse” (French department of Alpes-Maritimes), Vice-President of the club of cycling cities and territories (association advocating the use of bikes in urban areas)

Stéphane Veyrat, President of “Un plus Bio” association (2002) which advocates for the introduction of organic and sustainable food at cafeterias.

4pm-5pm: Controversy over organic farming: Science, Nature, is it a false debate?

By highlighting the controversy over the environment, growers’ and eaters’ health, we list all the contradictions, misunderstandings, blocks and issues at stake within the public debate on organic farming in France and around the world. the The debate makes it possible to understand how positions are stood on both sides, how they have sterilized the organic economy and what the future holds for organic farming in the next decade. 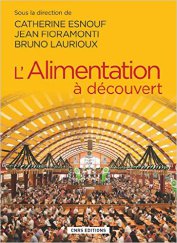 Friday, February 26th – Around the authors of “L’alimentation à découvert”, published by CNRS-Editions, the Food division of the CNRS ISCC (Institute of Communication Sciences) is organizing a debate at the prestigious Hôtel de Lauzun, 17 quai d’Anjou, Paris, on Île Saint-Louis.

Intertwined Worlds
Food is at the crossroads of many disciplines. Jean-Anthelme Brillat-Savarin wrote about it in 1825 in his Physiologie du Goût. According to him, gastronomy is related to natural history, cuisine, physics, chemistry, commerce and even political economy. If food has long been neglected by academia, its examination through a multidisciplinary prism is not a new exercise: it is regularly the subject of various and varied conferences. This principle has been at the genesis of the book L’Alimentation à découvert (CNRS Éditions). The debate that gathered scientists and researchers from different areas last Friday dealt with the 21st century’s food challenges challenges.

January 28th 2016 – Gilles Fumey welcomed Carlo Petrini on behalf of the laboratory and, in particular, Edgar Morin, founder of the ISCC and Carlo’s fellow thinker. He’s a journalist, sociologist, writer, politician. He likes to introduce himself as a “gourmet”, and tells us about a responsible and colorful cuisine. The Guardian included Carlo Petrino in its list of “50 People Who Could Save The Planet”.

“The current food system is criminal,” says Carlo Petrini., a man of conviction, confident in his values, but also a man of action. In 1989, he founded Slow Food, which he described as an “international movement for food culture, a reaction against junk food and the certification of taste, in defense of culinary biodiversity”. In 2004, it brought together 8,500 small agricultural producers in the Terra Madre network. The University of Gastronomic Sciences in Pollenzo opened the same year under his leadership in Bra in Piedmont, Italy. It is the only university in the world entirely dedicated to the interdisciplinary study of the global food landscape. 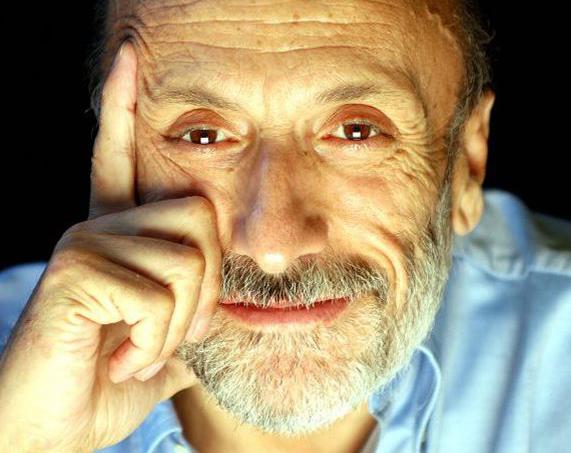 Carlo Petrini regrets that many people have a limited and stereotypical idea of gastronomy, an idea conveyed by television and magazines. He prefers to tell us about the French gastronome Jean-Anthelme Brillat-Savarin and his visionary published in 1825. In his Physiology of Taste, former lawyer Brillat-Savarin proposes twenty principles to build a gourmet society. Throughout the book, Brillat-Savarin shows the multiple dimensions of gastronomy: it is economic and political, it is also a health issue – didn’t Hippocrates say that food is the medicine? It must also be ecological: today, agriculture is responsible for a large part of greenhouse gas emissions. Water is an important resource, says Carlo Petrini: “In the Jordan River, where Jesus was baptized, today you can hardly soak your feet…“.

Gastronomy is also aesthetic: to discard a potato showing tubers that some may describe as unsightly is a “fascist action“! Finally, gastronomy is a central part of our heritage. Pier Paolo Pasolini said that the day Italy would no longer have craftsmen and peasants, it would have lost its history.

There is a sad story that Carlo Petrini likes to tell. In the Monti Lattari region near Naples, mucca agerolese produces the milk used to make the famous Provolone del Monaco cheese. Cows can give twelve litres a day, a litre bought for 0.32 euros from the farmers. The fat it contains is recovered and used by industrials for pastry making. So it’s a low nutrient milk that is sold in supermarkets. At this price, farmers can’t financially sustain themselves and low quality milk sold to the consumer. The false solution that farmers have found is Frisian, a Dutch cow that produces 40 litres a day. Terroir and consumers are here forgotten…

When it comes to gastronomy, “our system must change, politicians must wake up“. We must work to build a network that responds to good practices. Carlo Petrini acknowledges that change is in the air, a change driven by the birth of a sense of a “community of destiny,” a term he borrows from Edgar Morin. He marvels at Bernie Sanders, a candidate for primary democracy in the United States, an activist for local and sustainable agriculture that Slow Food is dreaming of.