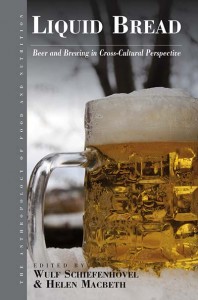 Beer is an ancient alcoholic drink which, although produced through a more complex process than wine, was developed by a wide range of cultures to become internationally popular. This book is the first multidisciplinary, cross-cultural collection about beer. It explores the brewing processes used in antiquity and in traditional societies; the social and symbolic roles of beer-drinking; the beliefs and activities associated with it; the health-promoting effects as well as the health-damaging risks; and analyses the modern role of large multinational companies, which own many of the breweries, and the marketing techniques that they employ.

“This impressive volume based on an original interdisciplinary and cross-national approach to the study of beer and brewing . . . will not only make an important contribution to our knowledge of beer and brewing, but also of drinking cultures and historical change. It will be of interest to anthropologists, social scientists and the wider public.”  ·  Marion Demossier, University of Bath

OUTSTANDING ACADEMIC BOOK OF THE YEAR 2011