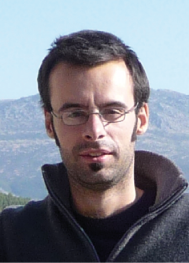 Pierre Raffard is a geographer. In 2014 at the University Paris-Sorbonne, he defended his thesis on the role of food for a group of people migrating to Istanbul, in the process of becoming city-dwellers. He is now dedicating his current research to culinary crossbreeding, particularly in France and Turkey and he’s questioning the need of eaters and politicians to anchor and/or promote the existence of food borders and territories. At the crossroads of cultural and social geography, he seeks to understand the ways in which geographically localized culinary systems interact and hybridize combining a deep analysis of the historical context. Another aspect of his work deals with the role of food in urban areas and how it is used as a territorial marketing argument.

He is currently Assistant Professor at Izmir Ekonomi University (Turkey) where he teaches Food Studies.