Michaël Bruckert carried out his doctoral research on the recomposition of the status of meat in India, in the State of Tamil Nadu. In India, meat remains marginal but its consumption is regulated by religious, moral, medical or economic logic. Its supply networks are structured by ecological and technical constraints but also social and symbolic. Slaughterhouses are places of conflict over the uses and meanings of meat products. The visibility of butcher shops in the public space is strongly controlled. Today, meat, especially beef, is becoming a political food, a support for identity claims. But urbanization, industrialization and the connection to the world are gradually changing the relationship of Indians to meat. The large industrialization of meat processes cannot be denied. Buffalo meat exports are skyrocketing.

For the middle class of Chennai, the consumption of meat, especially intensively produced chicken, at the restaurant, becomes a way to demonstrate status. Nevertheless, the sometimes prophesied food transition appears to be an erroneous hypothesis. The banalization of meat, within a limited geographical area, goes hand in hand with an extreme differentiation of practices, according to types of meat, individuals and contexts. In India, the relationship with meat, a true “biomoral substance”, contributes to the drawing of tangible and conceptual geographies, shaping territories and circuits, defining real or symbolic distances between humans and animals or between social groups. 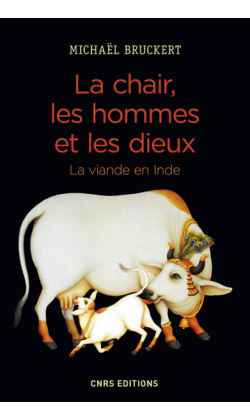