For an agricultural and ecological exception – A Manifesto 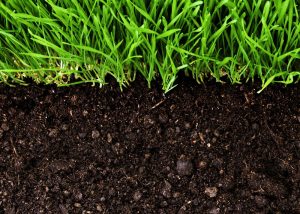 It is widely accepted that certain cultural goods, instead of being considered merely as merchandise, should be kept separate from trade on the free market, with the aim of protecting the traditions and the vitality of all cultures and, ultimately, of protecting our shared humanity. Should this not also be the case for food – that is, for the very goods and services which provide for the basic human need to eat?

Because eating is an inherently human, vital and social act, it is important for all of mind, body and spirit. Wherever we might be, whilst living or eating or farming, we may often think along the lines of the philosopher Heraclitus who, questioned as to why he was fascinated by a simple bread oven, replied: ‘Because even here the gods are present’.

The General Agreement on Tariffs and Trade (GATT) was drawn up following the end of the Second World War. The GATT is considered a prelude to both the formation of the World Trade Organisation and of globalisation along the lines of free trade, and allowed for the exclusion of certain cultural products, including films and important national monuments. It was originally intended that natural resources – the products of farming, forestry and fishing – should also be excluded, but the Havana Charter of 1948 which would have established this was in fact never ratified. The result is that the recognition of a ‘cultural exception’ (exception culturelle in French) does not extend to that of an ‘agricultural exception’.

This “agricultural and ecological exception” could be achieved with a new charter, agreement or deal following the Convention on the Protection and Promotion of the Diversity of Cultural Expressions which was adopted by UNESCO on 20 October 2005. Such an agreement should have three aims, dovetailing with the definition of food security drawn up by the UN Food and Agriculture Organisation (FAO), i.e. permitting access to sufficient and nutritious food, access to food which is safe, and access to the kind of food that people want. Just as with access to culture, it would not be sufficient to simply have a uniform range of food made available to all through the globalized economy.

Many have picked up on the fact that in March 2012 Olivier de Schutter, the UN Special Rapporteur on the Right to Food, commented that today’s systems of food production are ‘making us sick’. Beyond matters of hygiene and overconsumption which can lead to obesity and diabetes, this sickness is moral (e.g. mistrust of industry and loss of diversity); social (indebtedness and decline in the quality of life of farmers); environmental (reduction of bio-cultural and genetic diversity); political (disengagement of the public sector); and economic (the apparent omnipotence of multinational companies and the system of free trade). In this context, it is easy to see how people do not have access to food that is culturally appropriate; and that corresponds to the global diversity of gastronomy, farming systems, traditions and religious considerations. Just as, for example, it is hard to imagine how everyone’s right to culture would be served by only having access to the same few TV series. We believe that just as the diversity of cultural expression needs to be protected, so does that of agricultural (bio)diversity.

And this is why we, the undersigned, make the following calls:

1. To emphasize food democracy Big issues in food production should not be the exclusive realm of large firms, lobbyists, unions, technicians and engineers. They are also social and political matters that deserve more than ever to be treated as part of a democratic process. Within the democratised food system that we are calling for, each citizen would be a consequential actor who can judge, taste, evaluate and choose, with the result that public opinion would no longer just be something consulted at the end of the production chain.

We, as members of a food democracy, would be on the side of farmers, and would support the principle of food sovereignty. Indeed we would be co-producers, in the sense that we would become more aware of the origin of food, the work of farmers, the conditions livestock are kept in, the way products are made, environmental constraints, commercial considerations, hygiene regulations, matters of nutrition, and ultimately more aware of the sum of cultural and chemosensory properties of food which are as essential to basic human nutritional needs as they are to our shared humanity.

2. To change the current agricultural order To mitigate the worsening conditions experienced by farmers, a top to bottom review of the models of innovation and organisation of farming practices will be necessary. Before the Green Revolution, farmers had to rely on their own experience, expertise and judgments in their farming practice. Now, the food and farming industries, through their R & D departments and laboratories, promote and even dictate innovations. These are then standardised as intellectual property – intellectual property that can even extend to living things – at the same time as farmers become increasingly dependent on innovations which are prejudicial to their own expertise.

3. An ecological transition in farming There has never been a better time to institute root and branch reforms of the agricultural sector. Social networks will allow farmers and citizens to widely and freely share expertise on the production of food. And, to take only a few examples, we can point to the ever-growing number of ecologically-conscious farming initiatives which are taking place today, such as organics, conservation grade farming, agroecology, agroforestry, permaculture, polyculture, diversification, and so on.

4. To rethink the question of price Contrary to what we might hear from certain quarters at the Salon de l’Agriculture, consumers of food and drink have motivations beyond the bottom line; and their interest in things other than price has been well served through alternative channels of food supply (cooperatives, box schemes, and local food associations, for example). A large-scale rethinking of the question of price would entail a bold new policy of supporting local food networks and investing in rural areas, as well as taking into account the geographic diversity of food crops, the varied cultural importance of different flavours, and gastronomic customs.

It would follow therefrom that the exchange value of goods and services could build on their use value; better calibrating the supply of local resources and the demand they can meet. Proponents of free trade argue that the low cost of food supports the growth of democracy, but in fact the opposite is true! The low cost argument – illustrated, for example, by the recent news coverage of the problems relating to the intensive production of cheap pork in Brittany – implies that food has a negligible, almost null value; something shown in how its price, whilst potentially highly volatile, can always be driven lower.

5. To reposition small producers and farmers at the forefront of agricultural innovation Instead of just resisting, saying ‘no’, or imagining a retreat to traditional methods that have lost some of their relevance, we need to valorise and invent new methods of farming, growing, rearing animals, manufacturing food and selling it; activities which draw on experience and expertise but which are also open to experimentation, and which would be central parts of food democracy in the future. What weight does food democracy carry at the moment? Is it an embryonic idea, a minority pursuit, something rather insignificant in comparison to the vast power of the market? Well, if so, history shows us that minorities can brilliantly cultivate new sensibilities and forge new mind-sets, eventually allowing for revolution and great innovation.

6. To respond to health challenges We need to think of the agricultural exception as being in the public interest, a response to global health challenges; the health of citizens, societies and ecosystems. A co-evolution between society and nature is needed, and this would be the primary and immediate condition of a renewed model of civilization. We still need to imagine and put into practice what the agricultural exception could contribute along these lines.

It is with this object in mind that we are calling for an “agricultural exception” and with it, a New Deal for food and farmers.