How changing ideas of health and well-being impact the way we eat?

Recent discoveries in genetics have both challenged how we understand nutrition and changed our perception of different food cultures. They even challenge the idea of health itself… 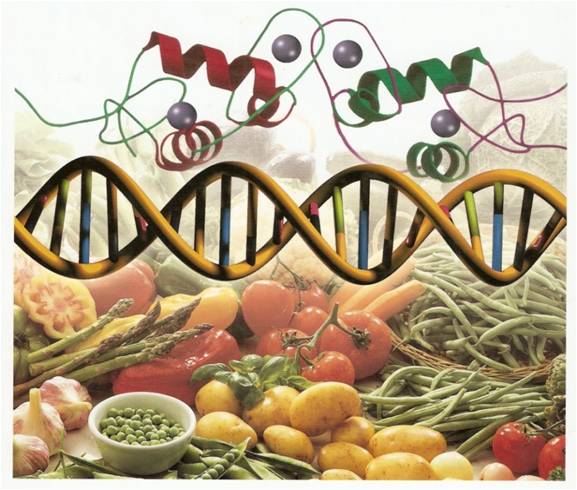 In the past, studies of the role genes play in nutrition, or the physiology of nutrition, have been largely separate from studies of culinary practices and food cultures. Today, however, the results of recent work in molecular biology have profound implications for our understanding of food and nutrition. Research into genetics, nutrition and food is now drawing more and more upon approaches from both social sciences and natural sciences.

Advances in microbiology from the era of genomics in the mid-1990s have facilitated a fundamental rethinking of food at the molecular and cellular scales. Indeed, tools from genomics have opened up new cellular landscapes in which to better understand and manipulate life. Culinary innovation and imagination should not be excluded from this potential reconstruction of foodstuffs on a molecular basis.

Research on the microbiome also challenges our perceptions of healthy living. Work in bioinformatics is redrawing our old maps of the microbial world, and explorations into the microscopic life of the human body are being undertaken. Nearly 9 out of 10 cells in our bodies are microbes. They live in us, form complex ecosystems, and are involved in the metabolism of proteins, vitamins (through bacteria in the intestine), and in the proper functioning of the immune system. One and a half kilos of microbes contribute to our digestion and our health every day. And in September 2014, the first ever microbial zoo (‘Micropia’) opened its doors in Amsterdam, wherein bacteria, fungi, viruses, micro-algae and aspergilli are the main attraction! With the sequencing of the genomes of microbial communities that live within us carried out through the algorithms of computational genetics, we are beginning to understand the complexity of the coevolution of microbes and people. With ‘good’ microbes and ‘bad’ microbes, well we may ask which are the most useful for our diet and for our health?

Most recently, genomics and microbiology have made an important advance with the development of synthetic biology and the CRISPR/Cas9 techniques, which allow the ‘editing’ of DNA along the lines of editing text with word processing software. In 2010, Craig Venter and his San Diego colleagues managed to create a living synthetic cell through the transplanting of a genome created in vitro into a host bacterium from which the natural genome had been removed. This bacterium then behaved according to the instructions coded into its new, artificial genome and reproduced itself every three hours: a new form of ‘synthetic’ life. The way is now laid for the application of synthetic biology to medicine, food, and, for example, the production of biofuels from microscopic algae.

One of the most remarkable recent successes of synthetic biology, for which its creator, Youyou Tu was awarded the Nobel Prize for medicine in 2015, is the development of an antimalarial drug called artemisinine; something now being made on a large scale with baker’s yeasts in what we might justly call microbiological factories. In the food world, meanwhile, numerous projects drawing upon synthetic biology are being developed by food tech startups. Life is becoming information. And information can be materialised in living things, old or new. Innovation in food is far from excluded from the possibilities this creates and we may say that now, more than ever, food is information.

This research project is being led by Richard C. Delerins and Christophe Lavelle within the Food 2.0 Lab.